After dinner Ma tells me Hansel and Gretel and How the Berlin Wall Fell Down and Rumpelstiltskin. I like when the queen has to guess the little man's name or else he'll take her baby away. "Are stories true?"

Ah, there's the question - what is real and who tells it! A very dark book - Emma Donoghue's Room - triggered by the Fritzl case, tells of a little boy and his mother and the boy's growing up in a strange isolation where the world is only seen through the TV and what his mother feels able to tell him. A hard but absorbing read.
Posted by rajm at 10:50 pm 1 comment:

The All Saints' Summer Walks are well underway! I'm keeping an album of the photos from walks I've been on here. 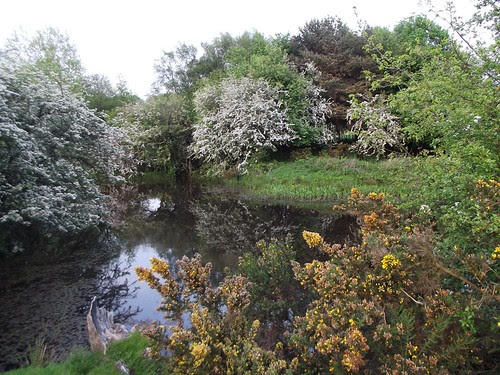 Last Thursday's walk was over Alderley Edge and ending at the Wizard. This photo was taken from a path over the fields across the road from the Edge.
Posted by rajm at 2:52 pm No comments:

This week's free word associations from Unconscious mutterings are:
Posted by rajm at 8:01 am No comments:


Walsingham followed up on this just 11 days later, on 29 March, with another note urging Grindal to respond quickly. He suggested thatm the queen herself was anxious to receive his official nod.


Again from David Ewing Duncan's book The Calendar - Grindal was Archbishop's of Canterbury during the reign of Elizabeth I and here the Church of England carries on the grand tradition of obstructing progress - I was unaware that England nearly moved to the Gregorian Calendar back then.
I've now finished this book and found it alternately fascinating and infuriating. It was sloppily edited, some things occurred twice in the same level of detail (the chronology of Orthodox countries moving to Gregorian is recounted twice), some glaring factual errors (follow the link) things which sound nice but are just wrong (

Anyone would think that Parker was older than Stanhope. He deals sometimes with the maths, often getting it wrong, but fails to go to any depth so you get glimpses but no real background. There seemed to be a determination to mention Roger Bacon in every chapter. I found much of the historical detail - shorn of the over flowery bits - interesting I'd not put the develpment of the calendar into its historical context before so, for that, it was worth the read.
Posted by rajm at 9:31 pm No comments:


The most critical moment had come sometimes between 496 and 506 when King Clovis agreed to be baptized by a Catholic bishom at Reims. A shrewd politician, Clovis embraced Rome to gain the support of Gallo-Roman Catholics in his successful war against the Arian Goths in what is now central and northern France.

(sometimes?) Not Church history but the development of the calendar - from David Ewing Duncan's book The Calendar - I was given this book back in 1999 and it has just made its way to the top of the reading pile... 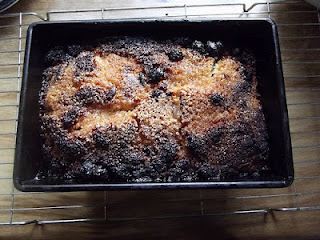 A week ago I received a quantity of fermenting sourdough batter called Herman he's been sitting in our ktchen for a week quietly burbling, being fed accornding to the instructions (see link) and yesterday he was vivisected into quarters and today I cooked one of the quarters. The instructions I had said cook for 45 minutes, I mistakenly turned him out without testing at that point and he had to be hastily scraped off the surface and reassembled back in the tin - in the end he was cooked for 1 hour 45 minutes. It was a slightly adapted recipe as I couldn't find the cooking apples I thought I had, convinced myself I'd used them and found them just as I was removing Herman from the oven - a narrow escape.
There's still 3/4 of Herman left to pass on - so far I've found 2 recipients so unless I find another (anyone?), I'll just have to take care of another one - I gather he makes very nice hot cross buns (or whatever is the post-Easter equivalent!)


We pulled out of the driveway with a spray of gravel at Maxwell's feet, and as we took off up the idyllic, twisty Mercer Island road, I couldn't help but notice that the white van had gone. And with it, Eve.

The current BATS (book group) book The Art of Racing in the Rain by Garth Stein a book told from the point of view of a dog, rather too much technical car-racing detail for me, and the themes are emotionally difficult which with the emotional manipulation in the book annoyed me!
Posted by rajm at 12:44 pm 1 comment:

I was struggling to think of a recipe for tonight that wasn't too similar to something we'd already consumed this weekend and that would go with the remains of a bottle of red (a Naked Wines Malbec) and I remembered this recipe I'd copied out from the winner of a Guardian cookery competition many years ago (back in the early 80's!) I couldn't find the recipe on the internet so here it is. 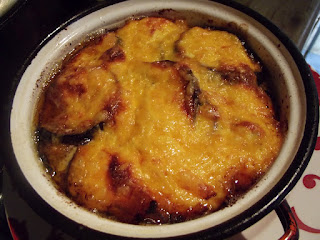 A veggie recipe but if you don't know you may not be able to tell!

This week's free word associations from Unconscious mutterings are:
Posted by rajm at 1:29 pm No comments:


The Bible is Bunyan's sheet anchor, his defence against despair and atheism. He would have been lost if he had abandoned it.

Christopher Hill's wonderfully titled A Turbulent, Seditious, and Factious People and study of John Bunyan's writings and his response to his time.
Posted by rajm at 3:44 pm 1 comment: