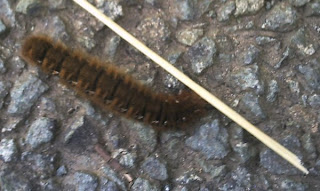 Yet another walk ending up at the Royal Oak, Rushton Spencer, splendid evening views over the Staffordshire countryside, saw orchids and an asphodel. 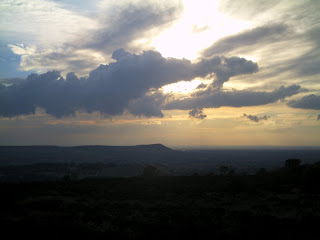 Steve managed to delete an earlier picture - but he didn't get this one! 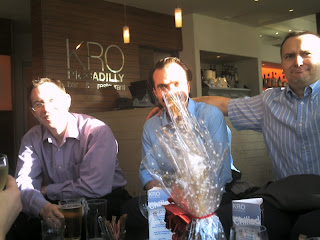 From Jen's leaving do at the KroBar in Picadilly Gardens
Posted by rajm at 9:46 pm 1 comment: 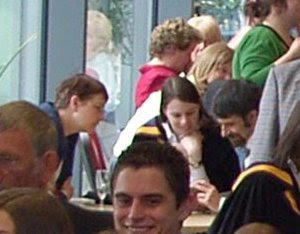 No idea what we were looking at..but the photo album that I took and some of the official photographers are here
Posted by rajm at 9:29 pm No comments:

Advertising for all it's worth

Dave Walker points out the current state of the Church of England Newpaper website - totally bananas! If - like me you use firefox and NoScript (you wise people you!) you'll need to turn on scripting for CEN and adbrite to get the full wonder of this!
Posted by rajm at 10:59 pm No comments:

For the second time in a fortnight to Chester Cathedral for an ordination!? Went to see Philip Robinson's priesting in a service which I shall remember for an incandescent sermon from Grace Sheppard who took the ordination retreat. 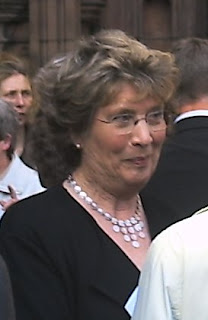 (I hope this is her - I wasn't intending to take her photo!) She spoke movingly on friendship in the face of death both taking the Last Supper narrative and speaking about her husband David's (bishop of Liverpool for many years) death in the evening after her 70th birthday party surrounded by friends and relations. 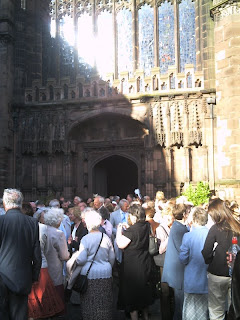 We'd decided to have a meal after the service (which started at 5 pm on a Saturday afternoon) however we reckoned without it being Chester race day - and so having made a note to try Chez Jules on a future visit, racegoers, or maybe bishops! had bagged all the tables - especially as the City seemed to be filling with drunks and police - we went back to the car and drove back looking for a pub/restaurant thinking that Knutsford would be a suitable place if we really didn't find somewhere.
So we arrived in Knutsford and after considerable difficulty(!) found a parking space and after more difficulty a restaurant with a free table Rose & Crown/Portofino we ate late but it was a lovely meal enjoyed being next to the customer visible frying pan. We had pasta and a pudding - my pudding was a little ordinary but everything else was wonderful. We'd stopped eating here a few years back - well before I was made redundant from somewhere based here - probably because the Early Bird menus were over meaty but we are likely try it again!
Posted by rajm at 9:57 pm No comments:

Just for a change, went on a St Michael's arranged walk last Wednesday - the meeting I had to go to that evening was cancelled. A very wet long and muddy experience but it was worth it for some of the views: 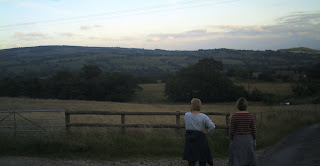 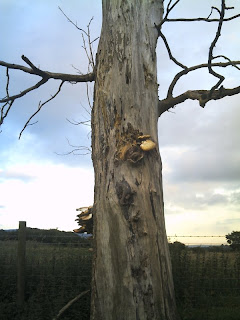 both were close to the Macclesfield - Leek road.
Posted by rajm at 9:47 pm No comments: 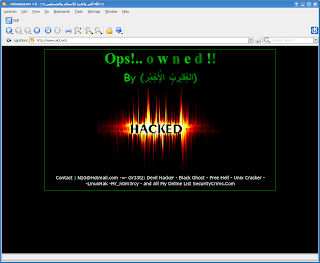 Our mail server hoster had an interesting day yesterday. We were unaffected though one of our sites wasn't and got the above screen when visiting the uk2 webserver. From Manchester their webserver was unaffected so we suspect one of their DNS servers was the actual victim.
Posted by rajm at 8:31 pm No comments:

well it seems so
Posted by rajm at 9:46 pm No comments: 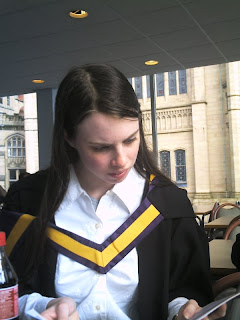 Into Manchester for Clare's degree day - more photos no doubt to follow! Lovely occasion enjoyed being at a degree ceremony where I wasn't a participant (at least in one sense). Better than Cambridge where you immediately get (or at least I was) shoved out of the door after your name was called instead most had a chance to relax and enjoy others receiving their reward!
Dinner for the second time in a month at Don Giovanni's in its new location, much enjoyed both times - I see that Manchester eating has some rather mixed reviews but we were there early which probably helped the service.
Trip to the HMV shop and as a result I need to do some serious listening, two boxes of 10 cd's (£5 each!) or Furtwängler and Mengelberg amd the 21 CD Stravinsky * 2 box of boxes is in the post...
Posted by rajm at 8:31 pm No comments:

Just a piece of trivia, but I'm amused why firefox selects this as a favicon

for Peter Ould's website when it really belongs to Thinking Anglicans, which he reads, but I guess he's not in a lot of sympathy with :-) I think the translation dates from when his (PeterO) site was broken but I've no idea why firefox decides to give it a new favicon or how to unset it!
Posted by rajm at 9:30 pm 3 comments:

'On an Overgrown Path' has the reports of the opera Edelat Square winnning an award. Proms coming up next week, but I'm finding it difficult to find enthusiasm with Radio 3's current Procrustean bed scheduling.
Posted by rajm at 8:23 pm No comments:

Went to a barbeque run by someone from work yesterday and here is Graeme demonstrating how to cook with a small distraction on his back! 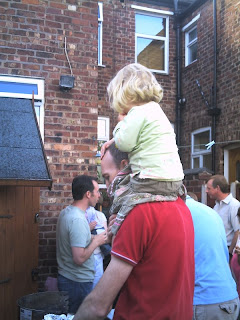 Pretty trivial by Hull standards but I was next to the Bollin on the way home when I took this and wondering if the river was going to rise and I needed to take a run... 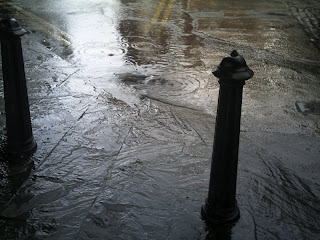 This rating was determined based on the presence of the following words:
* fags (1x)

And from the sublime...

Watch and wonder:
I love Berio but even if you find his music difficult this will - I hope - communicate! I'm reminded of Bernard Jacob talking at ACCM (defunct abbreviation) about clown theology.
On the wind theme - RIP to Thea King clarinettist (should say musician!), inspired me when I played the clarinet!
Posted by rajm at 9:11 pm No comments: